100 UK Parliamentarians have written to the Israeli Ambassdor to the UK Mark Regev, calling on him to stop the demolition and forcible transfer of the Palestinian community of Khan al Ahmar. The letter was sent by Richard Burden MP, Chair of the Britain-Palestine All Party Parliamentary Group. 25 UK Parliamentarians also signed an open letter published in the Israeli newspaper Haaretz calling the forcible transfer of Khan al Ahmar a war crime.

We are writing to you as UK Parliamentarians who are gravely concerned about the threat of the imminent demolition of Khan al-Ahmar and the forcible transfer of its residents.

In all but the most exceptional circumstances, such demolitions and the forcible transfer that follows are violations of International Humanitarian Law, including the Fourth Geneva Convention. However, there appears to be no such exceptional circumstance in this case. On the contrary, all the evidence suggests than Khan al-Ahmar is to be demolished to make way for the expansion of the Israeli settlement of Kfar Adumim, which is itself illegal under international law. We remain increasingly concerned too about broader settlement activity in the West Bank and the impact that is having on other Palestinian communities in Area C.

The United Nations have called on your government to abandon its plans and warned that “extensive demolition of property […] may amount to a war crime”. The EU Heads of Mission in Jerusalem visited the village last month and have called on Israel not to carry out the demolitions. The UK Government has also made clear that your government’s proposed demolition is counter-productive for peace and urged it not to proceed. We are writing to echo the grave concerns that have been expressed and to call on your government to not just postpone, but completely abandon its demolition plans. Indeed, we believe the government of Israel should begin to demonstrate the acceptance of its responsibilities as an occupying power to Palestinians living in the West Bank, as Protected Persons under International Humanitarian Law, by granting planning permission to the residents of Khan al-Ahmar.

Given the urgency of this case and the interest among Parliamentarians, we would be grateful if you could make representations to your government and reply to us as soon as possible. 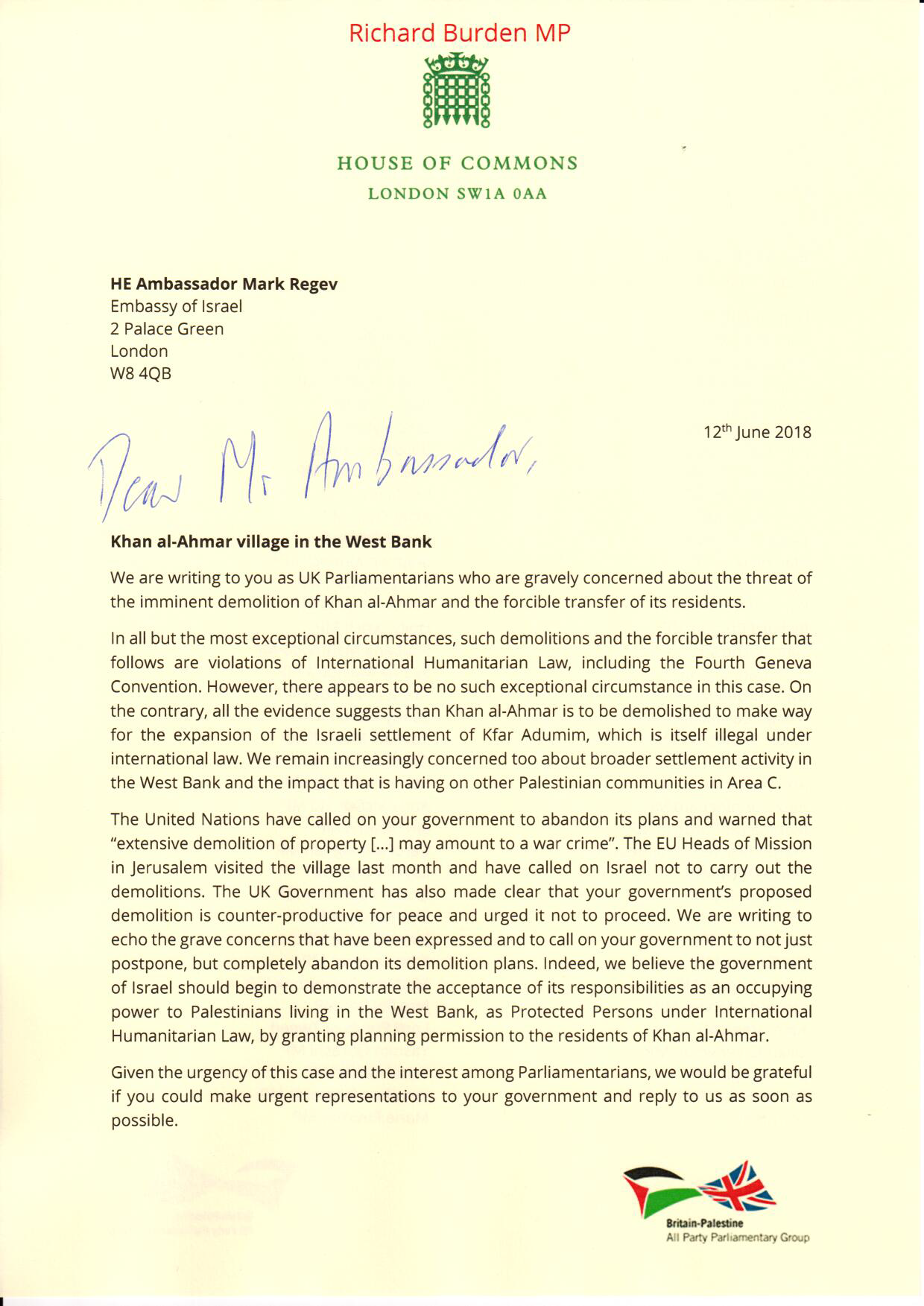 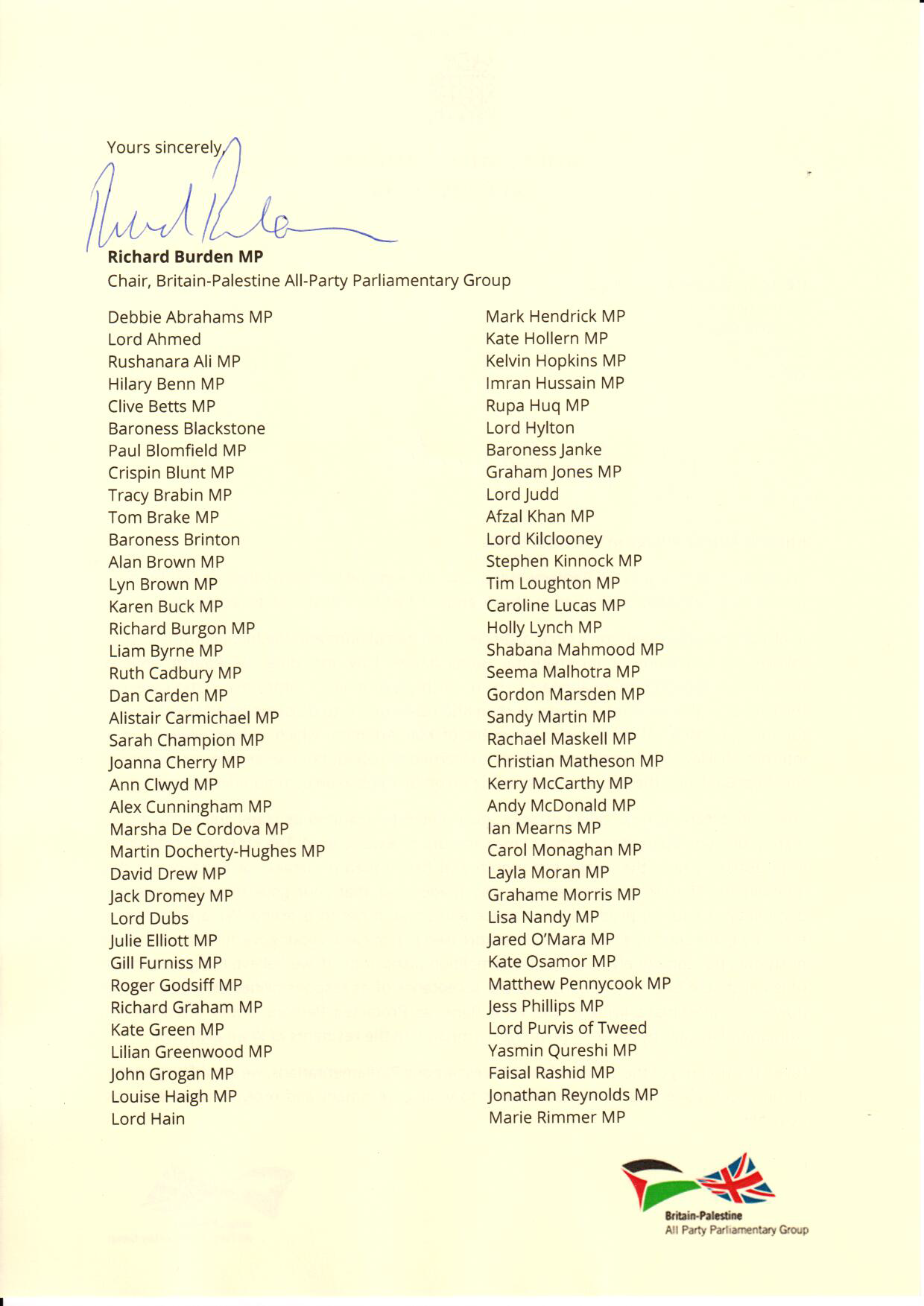 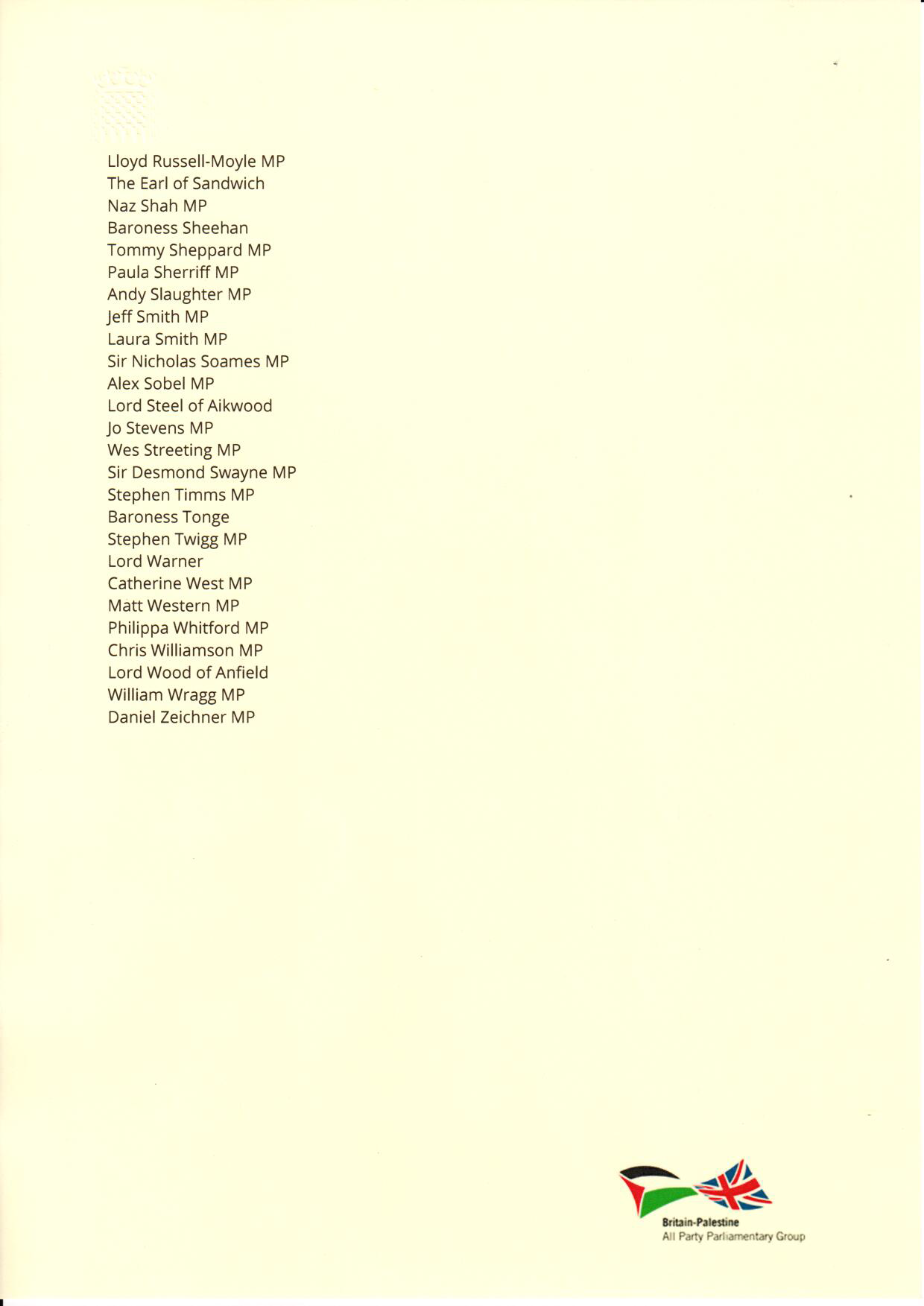 The Israeli Ambassador Mark Regev replied to the letter on 4 July 2018, referring to Khan al Ahmar as "an illegal Bedouin settlement constructed in 2009". He also states that "International law obliges the State to enforce planning and zoning legislation." 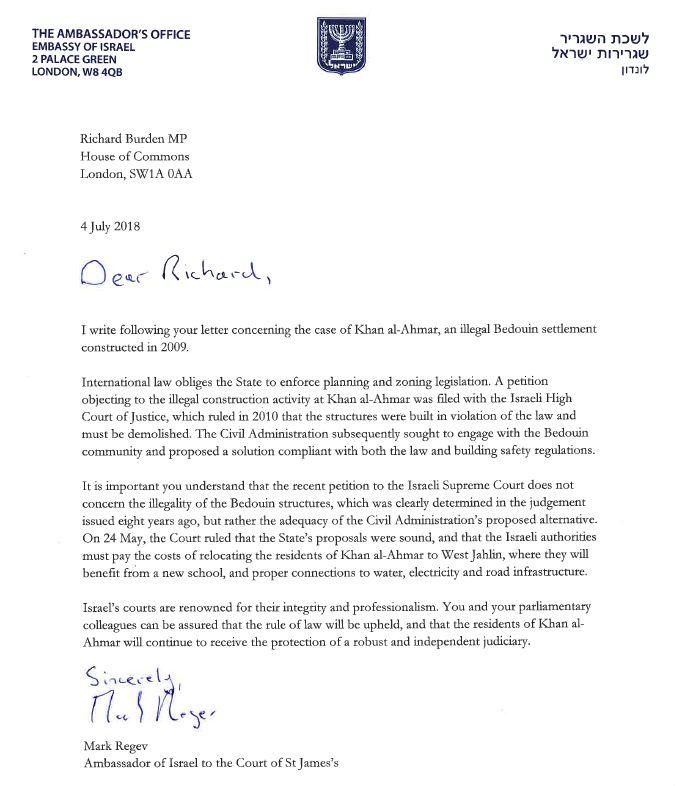