The imminent demolition and forcible transfer of the Khan al-Ahmar community, if carried out, will be a war crime. The responsibility for this war crime lies with top Israeli officials, including the prime minister and defense minister, as well as the High Court justices who recently enabled the commission of this crime. Khan al-Ahmar is but one pressing and extreme example of a much bigger Israeli strategy: for decades Israel has been implementing a policy designed to diminish Palestinian presence in certain areas of the West Bank by creating a coercive environment for the thousands of Palestinians living there; the demolition of an entire village would be a dramatic escalation of that policy.

Press releases about the letter can be read in English, Arabic and Hebrew. 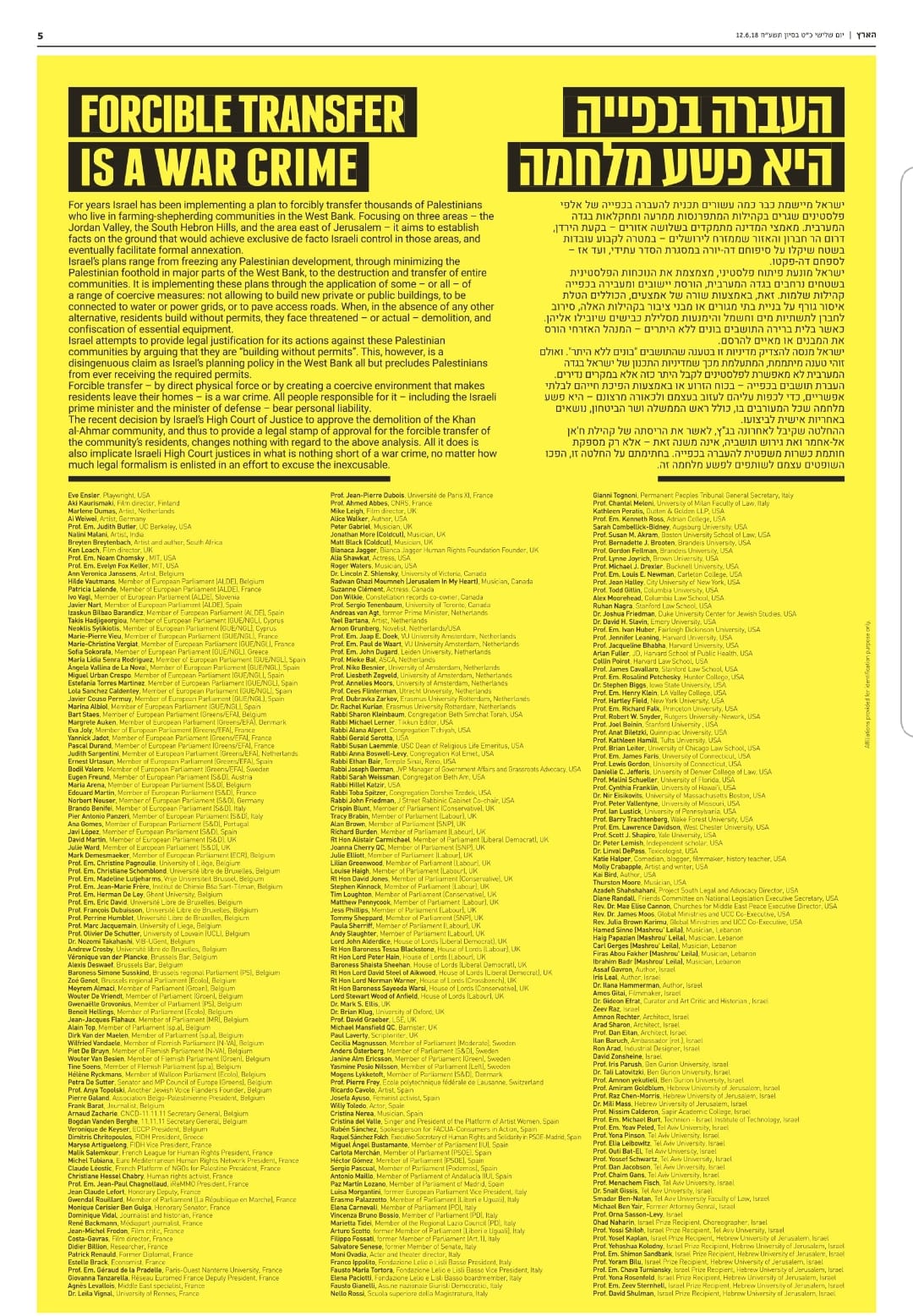 More information can be found on B'Tselem's campaign page.

The full list of UK parliamentarians who are signatories to the letter is as follows: