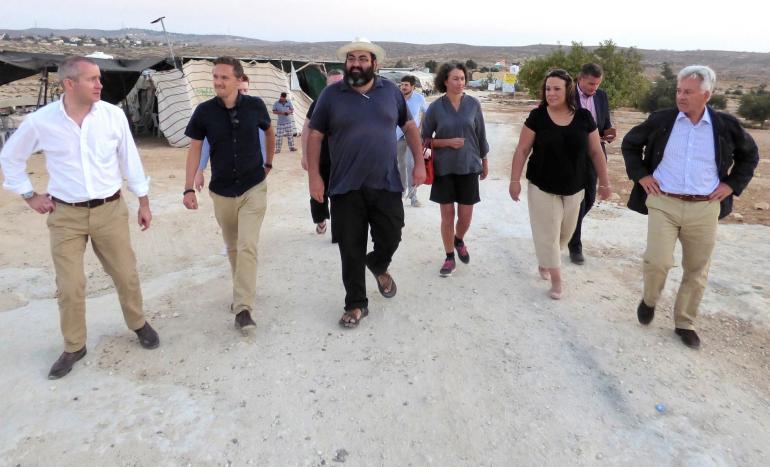 Caabu's work is guided by a belief in the primacy and application of international law. We believe that all states are bound by international law, that all peoples are protected by it, and that it is vital that transgressions are addressed regardless of political circumstance.

Democracy is vital for the long term stability and prosperity in the Middle East. No region of the world or peoples should be viewed as unsuited to democracy and autocratic regimes should not be supported or defended in the name of strategic interests. Nor do we believe that democracy can or should be imposed by external powers. Rather, it is essential that the aspirations of the people of the Arab world for genuine democratic reform and accountable governance in the region are fulfilled.

The belief that everyone is entitled to the same rights and freedoms, regardless of race, colour, sex, language, religion, political or other opinion, national or social origin, property, birth or other status is also central to our approach. Nor do we think any distinction should be made on the basis of the political, jurisdictional or international status of the country or territory to which a person belongs.

The Middle East and North Africa remain grossly misperceived in the UK and anti-Arab sentiment is also on the rise. Tackling prejudice and combatting confusion is central to our work. Our role is not to present the views of a particular government or party, but to challenge misconceptions by raising critical questions and informing debate by making people aware of developments.

Britain's role in the region needs to change fundamentally

Britain's role - its arms sales, participation in the invasion of Iraq, association with the US project for coercively reforming the region and its position on the Middle East 'peace process' - has had a deeply negative impact on the region and ignored the lessons of past experience. Britain's relations with the Middle East and North Africa require essential re-evaluation.