Four British parliamentarians, representing all major political parties in the UK, have written to the Israeli Minister of Foreign Affairs, Gabi Ashkenazi and the Israeli Minister of Defense, Benny Gantz, urging them to stop forced evictions of Palestinian communities in Firing Zone 918 in the Masafer Yatta region of the South Hebron Hills.

Concern around this issue has only increased following the large-scale demolitions in Khirbet Hamsa in the northern Jordan Valley earlier on 3 November 2020 and the threat to demolish a UK funded school in the Bedouin community of Ras a-Tin, among others.

"The existence of a military firing zone in the occupied territories is itself illegal, and, for decades, the Israeli government has advanced a coercive environment for Palestinian communities in Firing Zone 918 by regularly carrying out demolitions of homes, schools, and other buildings; refusing to approve master plans or building permits for these communities; and denying these communities access to electricity and other infrastructure. If these residents are now evicted and forcibly transferred out of their land, it will be both a grave injustice and constitute a serious breach of the Fourth Geneva convention.

As UK parliamentarians, we are committed to upholding international humanitarian law, and we take very seriously the prospect of forcible transfer, which would involve hundreds of individuals being uprooted from their homes and losing the land which is rightfully theirs.

In light of this, we call upon the Israeli government to freeze all demolitions in Firing Zone 918 and halt all attempts to forcibly transfer the residents; to nullify the military firing zone in the area, which is illegal under international law; and to approve master plans and building permits for which the communities have applied, as well as connection to infrastructure."

Responding to the letter, Co-Chair of the Britain-Palestine All Party Parliamentary Group and Labour MP, Julie Elliott said:

"I am so disturbed to see so many demolitions of Palestinian homes and other structures across the West Bank, with so many Palestinians made homeless and their livelihoods destroyed, most recently in Khirbet Hamsa in the northern Jordan Valley and the threat to demolish a UK funded school in the Bedouin community of Ras a-Tin, among others. Under what circumstances are these illegal acts acceptable?

Israel’s actions are in clear violation of international law, and it is a humanitarian and political travesty that such demolitions and forcible transfer are taking place. Action must be taken before many more Palestinian communities, such as those in Firing Zone 918 in the Masafer Yatta region of the South Hebron Hills are forcibly evicted from their homes and their land. We have a duty and an obligation to do everything we can to prevent this."

Baroness Sayeeda Warsi, Co-Chair of the Britain-Palestine All Party Parliamentary Group and Conservative Member of the House of Lords said:

"Israel continues its de facto annexation policies, on one side of the coin, through the demolition of Palestinian communities and displacements of Palestinians and on the other side, clears the way for the development of settlements such as Givat HaMatos. The least that the international community can do in response to the expansion of settlements is to demand a ban on settlement products.

The illegal demolitions of Palestinian homes are at the centre of discriminatory Israeli planning policies in the West Bank aimed to push Palestinians into disconnected enclaves, further cementing the one-state reality of unequal rights, which is neither moral nor legal."

"International humanitarian law must be upheld - that's why we're calling on the Israeli Government to freeze all the demolitions in Firing Zone 918 and stop forcibly moving residents.”

"Once again, more Palestinian communities are suffering from the terror of being evicted from their homes, having them demolished and rendered homeless. Just how many Palestinian herding, farming and Bedouin communities will Israel consider forcibly evicting from the West Bank before the world does something concrete to prevent this?"

3. Demolition of Khirbet Hamsa in the Jordan Valley https://www.btselem.org/video/20201105_israel_demolishes_entire_community_on_us_elections_day 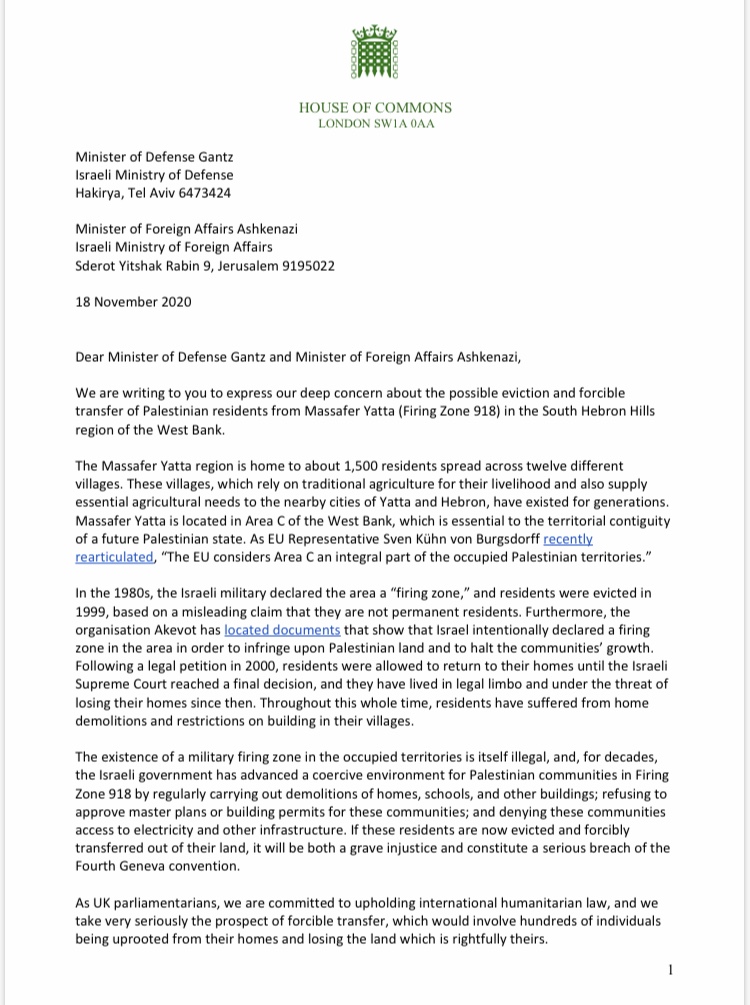 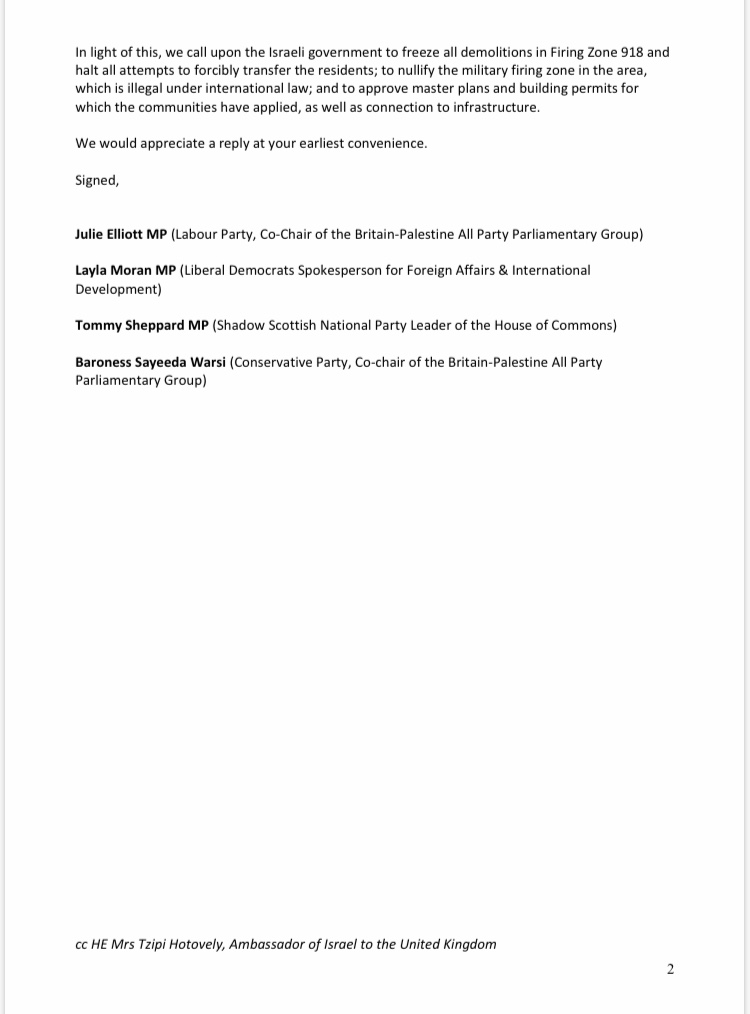