Letter in the Daily Telegraph calling for sanctions on Israel

A cross-party group of British politicians has written to the Daily Telegraph on 13 June 2020, Opposing the Israel Government's land grab, saying that British Prime Minister Boris Johnson should impose "measures against illegal settlements and sanctions" on Israel if plans to annex illegally occupied Palestinian territory go ahead.

They write that this must be recognised as "a grave breach of the Fourth Geneva Convention."

SIR – From July 1 Israel’s prime minister is set on annexing Palestinian West Bank territory to become part of “Greater Israel”. Annexing the Jordan Valley leaves an enclave around Jericho – a bantustan – and dismembers Palestine itself, making it impossible for any future Palestinian government to administer. Such is Benjamin Netanyahu’s clear intent. We must recognise this as a grave breach of the Fourth Geneva Convention.

Boris Johnson rightly said: “A Palestinian state is the only way to secure Israel’s demographic future as a Jewish and democratic nation … You have to have a two-state solution or else you have a kind of apartheid.”

Mr Netanyahu seeks to perpetuate the military occupation, thereby destroying any chance of peace with justice, denying Palestinians their right to self-determination and destabilising Jordan along the way. Passions will be inflamed.

The British Government’s recognition of the state of Palestine alongside Israel on pre-June 1967 lines is both right and necessary to preserve the two-state solution and to serve the cause of peace.

Mr Johnson should give a lead now to the many in Israel, the region and Europe who oppose annexation by warning of severe consequences stemming from it. These should include measures against illegal settlements and sanctions following the precedent of Russia’s illegal takeover of Crimea. Mr Netanyahu then cannot say he was not warned. 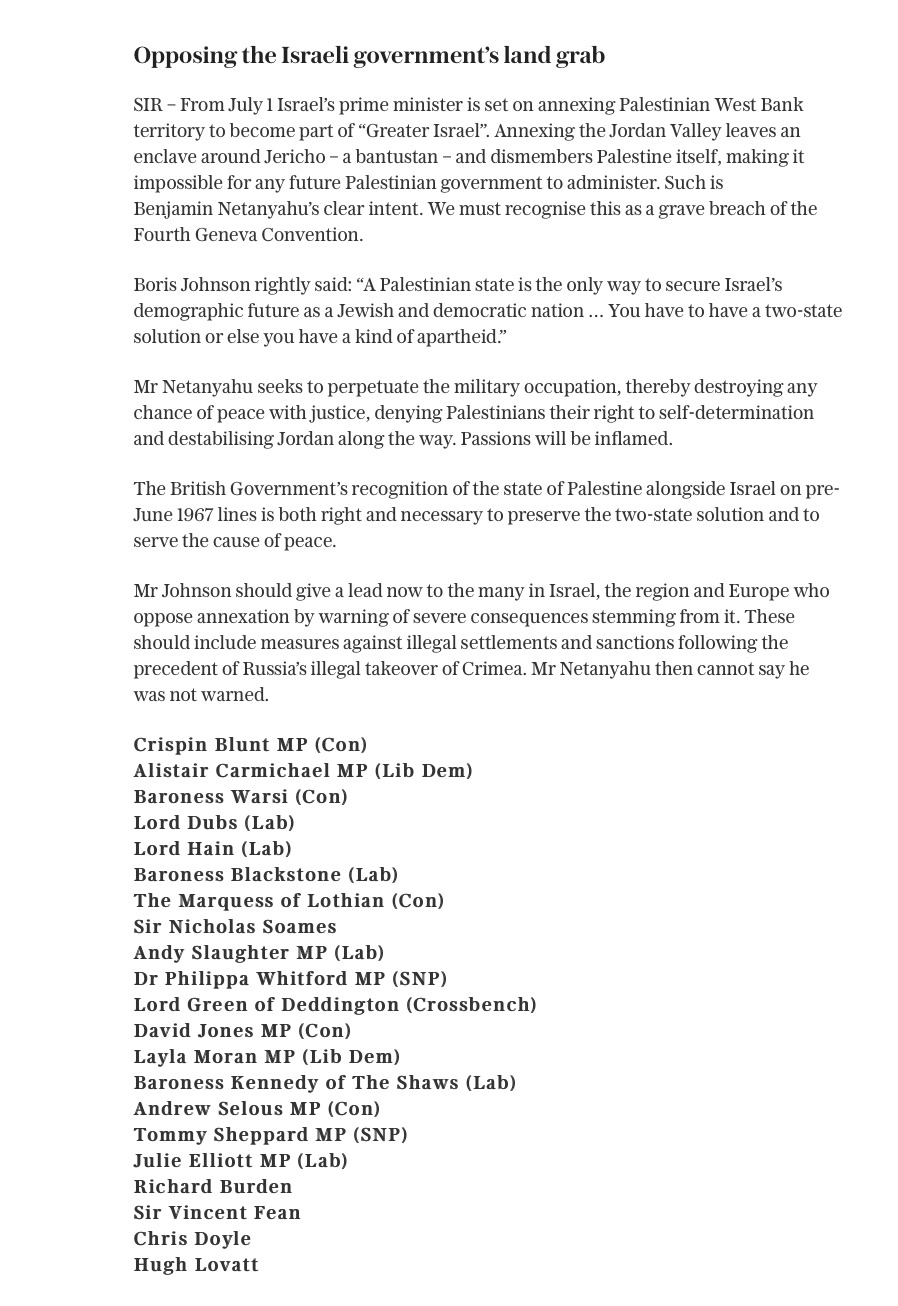