Donald Trump’s plan is not a peace plan but a declaration of war: Caabu director Chris Doyle's letter in the Guardian

Caabu director Chris Doyle has had a letter published in the Guardian on 31 January 2020.

Donald Trump’s plan is not a peace plan but a declaration of war. How else to describe a plan that gobbles up most of Palestine’s territory? At zero cost, Israel gets US approval to annex occupied territory – land that it seized through force and colonised.

Palestinians are permitted to have areas under their autonomous control, demilitarised under overriding Israeli security, with all entry and exit controlled by Israel and with no right to have an airport or independent port. If Israel agrees, it might be called a Palestinian state, but it is a vassal entity at the mercy of the occupying power. The occupation that has lasted since 1967 will not be terminated but made permanent.

What does this mean? Any power can take territory by force and keep it. International law no longer counts. It is the law of the jungle, and big beasts such as Russia and China will be looking at choice morsels to feast on. We are all less safe as a result. 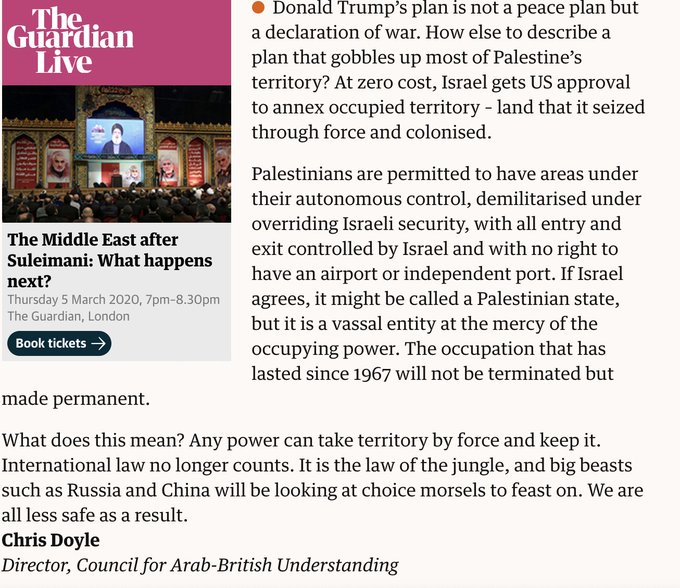