UK Parliamentarians have written to the Foreign Secretary Boris Johnson, asking whether the British Government would join eight other European countries and demand compensation for UK funded Palestinian structures in Area C demolished or damaged by Israel, calling for efforts to be made to  ensure that British taxpayers’ money is properly accounted for.

They also urge the Foreign Secretary to do everything within his power to prevent the demolitions of these communities including Khan al-Ahmar and Susiya and many others in Area C of the West Bank. 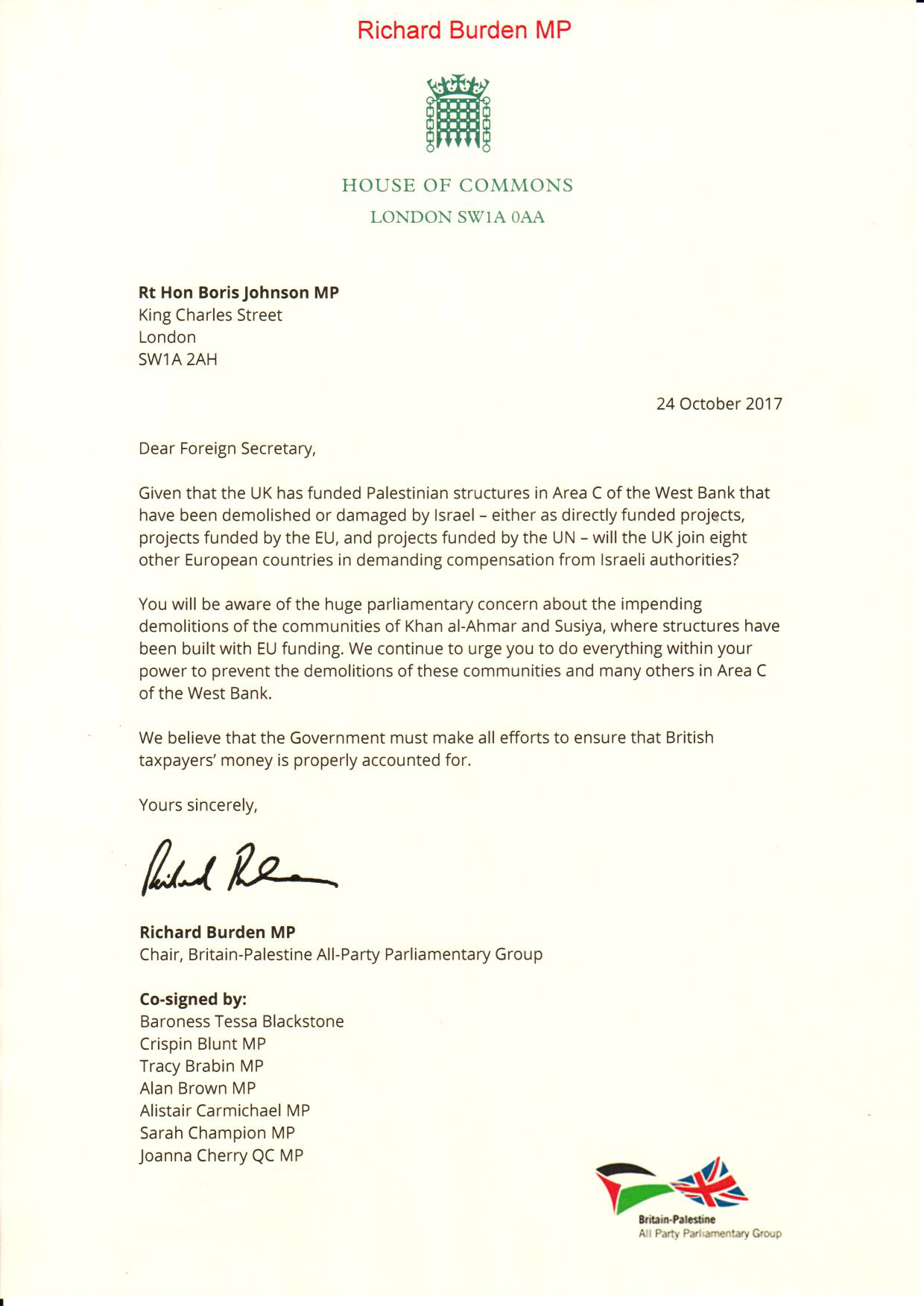 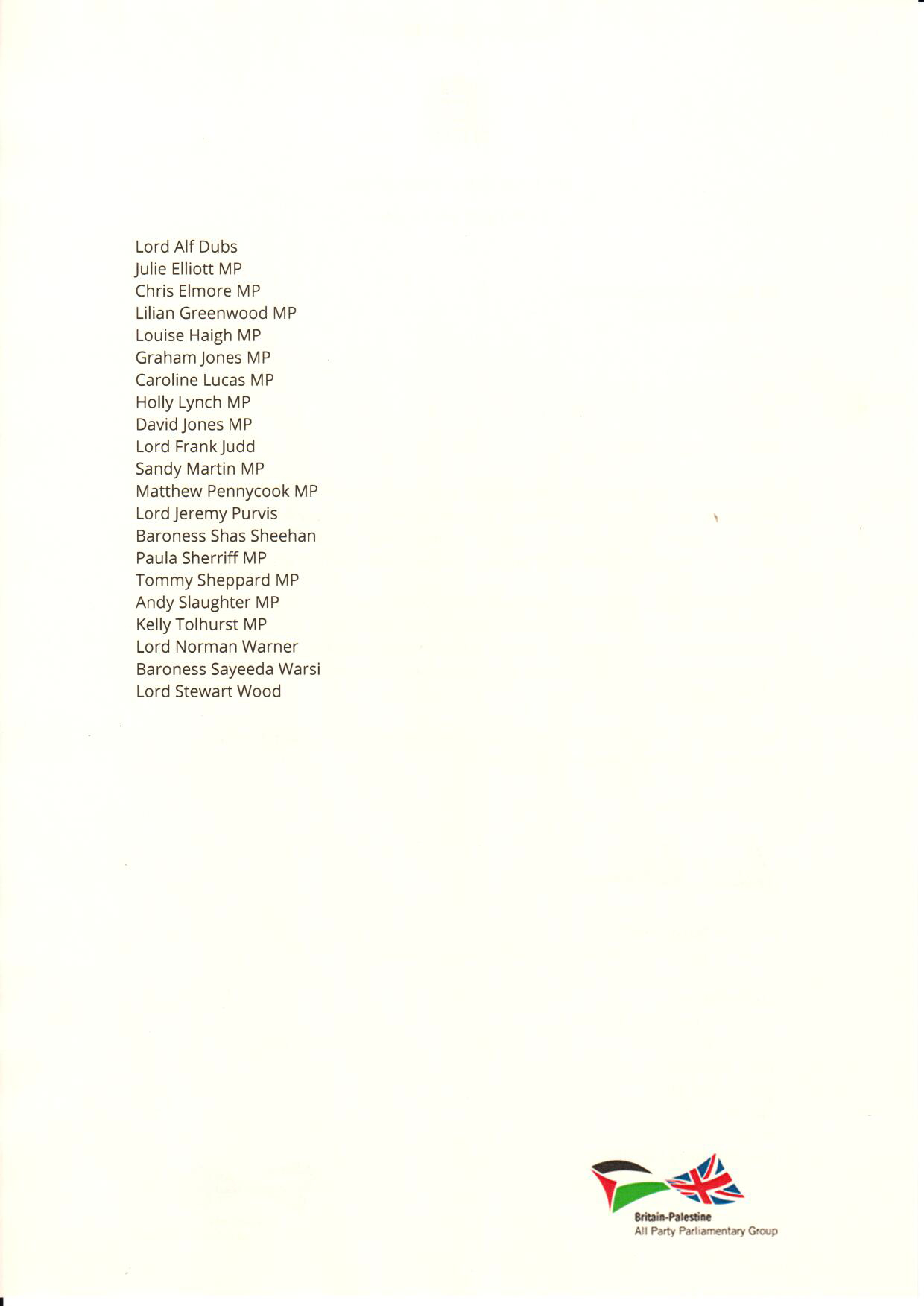