On 11 July, the UN Security Council voted to renew cross border aid access to Syria but limited to one single crossing at Bab Al Hawa.  Given the scale of the humanitarian need and the spread of Covid-19 in northern Syria, one crossing is simply not enough.  Once again Russia in particular has acted in callous disregard for Syrian civilian life. It had already vetoed a resolution that would have authorised the use of multiple crossings.

Caabu had raised the issue with the Foreign Secretary and received the following response. 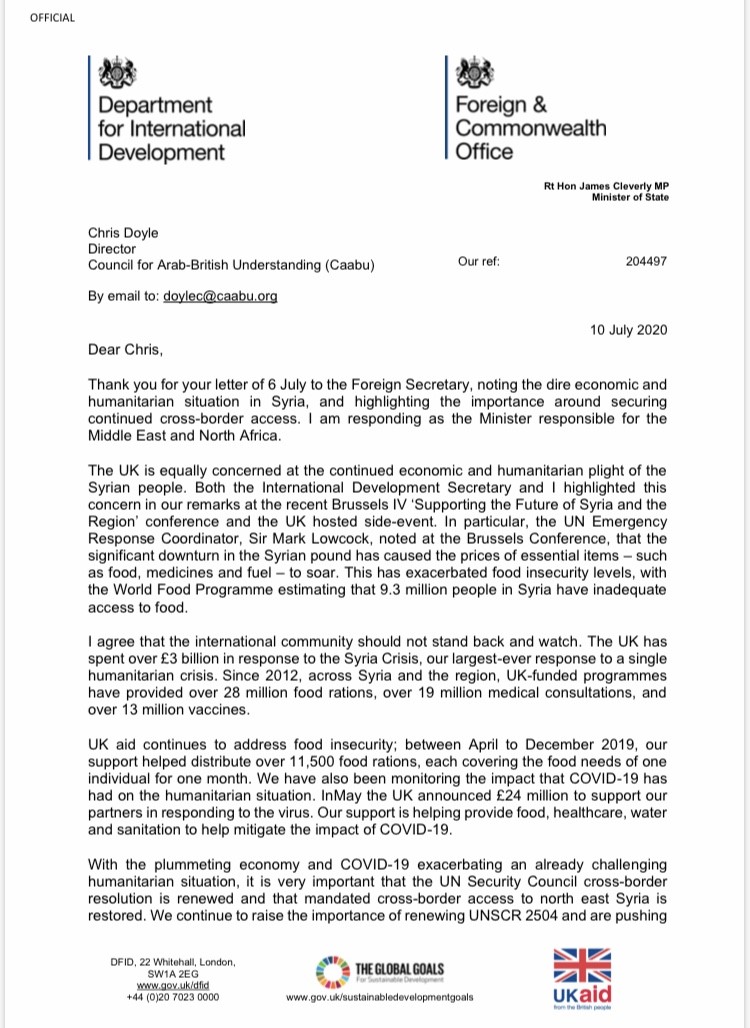 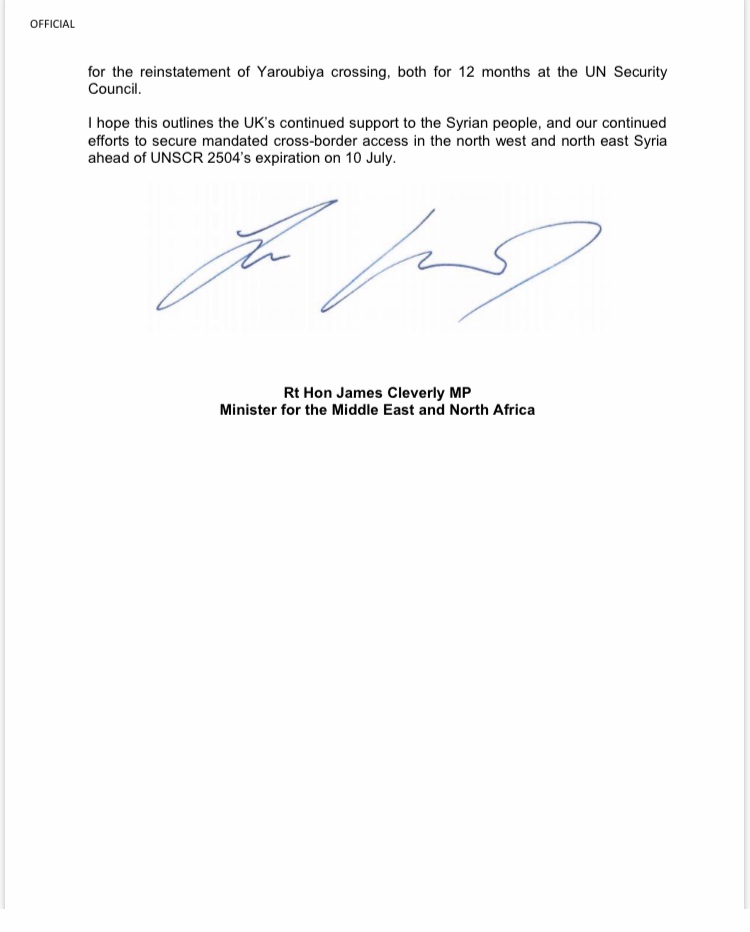 The original letter sent by Caabu to the Foreign Secretary, Rt Hon Dominic Raab MP can be read here: 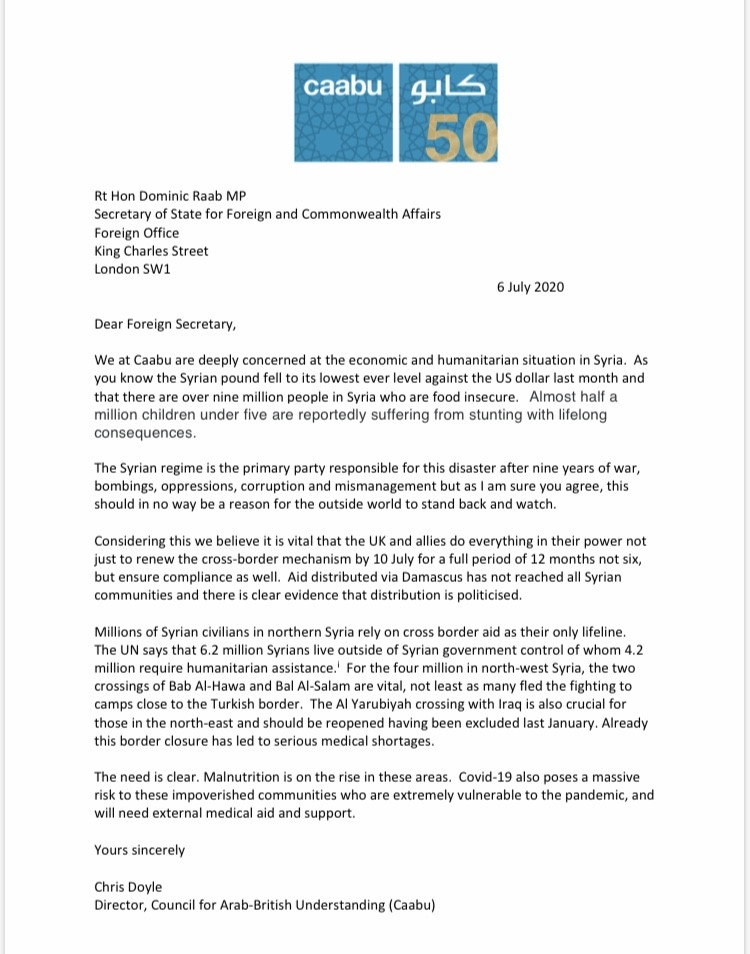