Caabu Chair Rt Hon David Jones MP has responded and written back to the Middle East Minister after he responded on 1 July 2021 to his letter to the Prime Minister Boris Johnson on 16 April 2021, asking how the UK government reconciles its two positions on the International Criminal Court (ICC) investigation into possible war crimes in Palestine - that of the UK being a "strong supporter of the ICC", and saying also that "the ICC does not have jurisdiction in this instance".

"Unfortunately, I remain unclear as to the Government’s position.

The minister indicates that “the UK is a strong supporter of the International Criminal Court” and that the Government  “respects the independence of the Court and its officials” and acknowledges that “this is ultimately a decision for the Court”, all of which is very welcome.

However, he goes  on to say that his view is that “the ICC does not have jurisdiction in this instance”, without explaining why he has come to that conclusion.

I have therefore written to him to ask how he reconciles the two positions and why he considers consider that the ICC does not have jurisdiction."

The response from Middle East Minister Rt Hon James Cleverly MP can be read below: 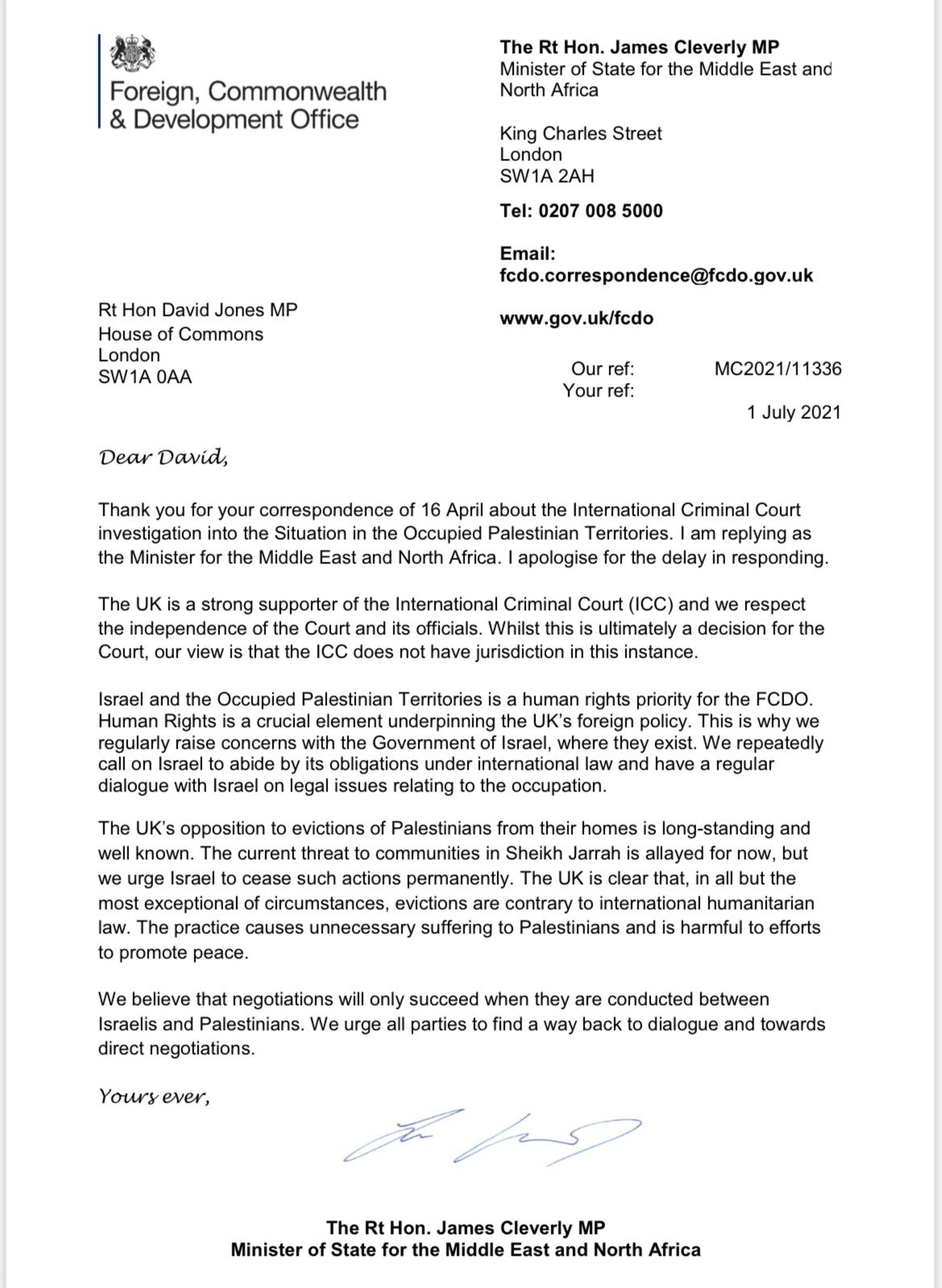