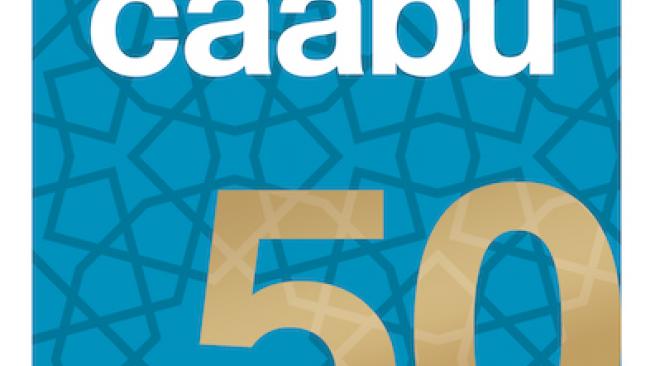 Caabu invites you to an online panel discussion on the future for Libya's political roadmap on Thursday 14 October 2021 at 2pm (BST UK time). We're delighted to be joined by Libyan activist and author, Asma Khalifa, senior research fellow with the MENA programme at Chatham House, Tim Eaton and Tarek Megerisi a policy fellow with the North Africa and Middle East programme at the European Council on Foreign Relations.

Almost a year on from the signing of a ceasefire agreement and the subsequent announcement of Libya's political road map, this expert panel will review the progress so far and what are the prospects for the elections scheduled for December. Can this heal a divided Libya?

Caabu has created an affiliate page on Bookshop. This means, that with any purchase through this site, 10% of the sale price will be sent to us and another 10% will go to support local bookshops. We think this is a great way to support Caabu's work and independent bookshops across the country. More details about it can be found here.

We hope you enjoy reading any of these titles, and supporting Caabu in the process.

Please register below AHEAD of time to join this online briefing. This makes it much more helpful to us: https://us06web.zoom.us/meeting/register/tZMvcu2sqjMvGt1sminwJ9H3Tph74obu71NB

Keep up to date with Caabu's work by liking our Facebook page and following us on Twitter. Please do also watch our video, about 50 years of our vital work.

Asma Khalifa is a Libyan activist and researcher who has worked on human rights, women’s rights, and youth empowerment since 2011. Growing up as a non-Arab, Amazigh Libyan under the rule of Colonel Muammar Qaddafi, Khalifa witnessed the negative impact of discrimination and violence against women. She has spent her career contributing to the building of Libya’s civil society and has recently worked on peacebuilding and conflict transformation in the country. For her efforts, Khalifa received the 2016 Luxembourg Peace Prize during the World Peace Forum in the European Parliament and, in 2017, she was named one of the “100 Most Influential Young Africans” by the Africa Youth Awards. Khalifa is also the co-founder of Tamazight Women’s Movement, a think/do tank that is working on gender equality and research on the indigenous women of Libya and North Africa.

Tim Eaton is a senior research fellow with the MENA Programme at Chatham House, where he focuses on the political economy of the Libyan conflict. His work has focused on examining the connections between economic activities and violence, seeking to understand the structures of Libya's conflict economy and the means of revenue generation employed by armed groups. In 2019, he was lead author of a Chatham House report that compares the economic drivers of conflict in Iraq, Libya, Syria and Yemen that was recognised as one of the best policy studies produced by a think tank in the 2019 Global Go To Think Tank Index. Prior to this, Tim managed Chatham House’s research on the Syrian conflict. An Arabic speaker, Tim previously worked for BBC Media Action, the BBC’s international development charity, on projects in Iraq, Egypt, Tunisia and Libya, and helped to set up and manage its Libya bureau from 2013 to 2014. Tim was awarded the departmental scholarship at the University of Exeter's Centre for Arab and Islamic Studies for his masters study. He also holds a qualification in Arabic from the School of Oriental and African Studies in London.

Tarek Megerisi is a policy fellow with the North Africa and Middle East programme at the European Council on Foreign Relations. He is a political analyst and researcher specialising in politics, governance and development in the Arab world and has worked on Libya's transition in a variety of capacities since 2012.

Keep up to date with Caabu's work by liking our Facebook page and following us on Twitter. Please sign up as a Caabu member or make a donation to support our work.