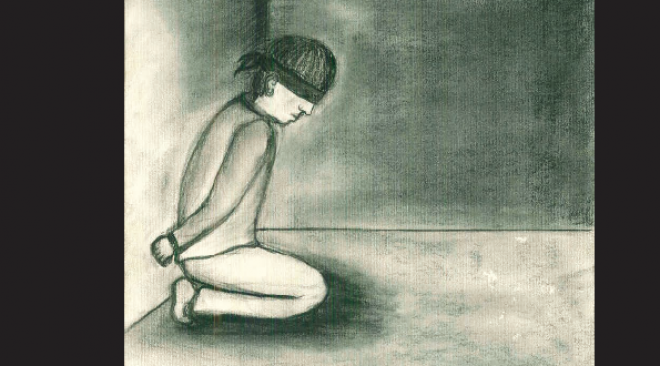 Caabu, Defense for Children International - Palestine, Lawyers for Palestinian Human Rights (LPHR) and Save the Children UK invite you to an online briefing on the impact of the Israeli military detention system on Palestinian children on Thursday 11 March at 2pm (UK time GMT), with two young Palestinian former detainees who will speak of their experiences of military detention and the impact of that, as well as representatives from DCIP, LPHR and Save the Children UK.  The briefing will be chaired by Richard Burden, former Labour MP for Birmingham Northfield and former chair of the Britain-Palestine All Party Parliamentary Group.

More details about all of the speakers are available below.

Please register below AHEAD of time to join this online briefing. This makes it much more helpful to us: https://zoom.us/meeting/register/tJwkceyorzgvGNfiSdh1VIJjYlxa3rSLaENB

Twenty-year-old Yousef* was first detained as a child during a night raid at his home in a refugee camp near Hebron. He was subsequently detained a second time and has spent a total of two and a half years behind bars, during which he experienced physical abuse. Following release, Yousef felt isolated, and struggled to get back in the classroom and return to his normal life.

Hassan* was detained at 16 years old when he was heading home from school. As he was passing through the clashes outside his school, he was shot in the knee before being apprehended by a group of soldiers who physically assaulted him, resulting in a deep wound on his face. He was denied medical attention for over 3 days while he was being interrogated and then was sentenced to five-and-a-half-months behind bars. After his release, he struggled to reintegrate back into his normal life and struggled with his mental health. He re-enrolled in high school after receiving psychosocial support and successfully graduated high school. Hassan is now continuing his studies at university.

*Real names are not being used for safeguarding purposes

Sawsan Bastawy is the UK Advocacy Officer at Defence for Children International - Palestine and has worked periodically for DCIP since 2012, both in Ramallah and in London. Sawsan leads DCIP's advocacy efforts in the UK and Europe, specifically on the issue of detention, ill-treatment and torture of child detainees within the Israeli military detention system. Alongside colleagues in New York, Sawsan is responsible for delivering DCIP's global advocacy campaign, No Way to Treat a Child. A Guardian award-nominated journalist, she has written about the detention of Palestinian human rights defenders and, primarily, examined the rights of women in revolutionary and post-revolution Egypt. She is a non-staff Company Director of Campaign Against the Arms Trade.

Tareq Shrourou is the director of Lawyers for Palestinian Human Rights (LPHR), a legal charity in the UK that works on legal projects to protect and promote Palestinian human rights. Before joining LPHR as its first director, Tareq worked as a solicitor specialising in asylum and human rights law, and co-managed the public legal advice service of the human rights organisation, Liberty. He holds an LLM in Public International Law from King's College London.

Claire Nicoll is Conflict and Humanitarian Advocacy Advisor at Save the Children, working primarily with the team in the occupied Palestinian territory on global advocacy efforts. After working in Ramallah in early 2020, Claire authored the recent report, Defenceless: the impact of the Israeli military detention system on Palestinian children. As part of the research, she witnessed children being sentenced in military courts and interviewed former child detainees, their parents, social workers, and teachers. Prior to working on the oPt, Claire has worked in a number of humanitarian contexts including Yemen, Syria, Iraq, South Sudan, and Somalia.

Defense for Children International - Palestine (DCIP) is an independent, local Palestinian child rights organisation dedicated to defending and promoting the rights of children living in the West Bank, including East Jerusalem, and the Gaza Strip. Since 1991, they have investigated, documented, and exposed grave human rights violations against children; provided legal services to children in urgent need; held Israeli and Palestinian authorities accountable to universal human rights principles; and advocated at the international and national levels to advance access to justice and protection for children. More information on their website here.

Lawyers for Palestinian Human Rights (LPHR) is a legal charity in the UK that works on key projects to protect and promote Palestinian human rights. Their principal aim is to provide legal expertise that effectively contributes towards positively transforming the critical human rights situation impacting Palestinians. More information on their website here.

Save the Children has been working for children in the Middle East since 1953. Save the Children in the occupied Palestinian territory works with government,  local partners and stakeholders on providing quality education,  protection for children, greater access to health care, and employment opportunities  for youth at risk, with a focus on those whose rights are most infringed.  Save the Children also works to strengthen the capacities of civil society organisations and local partners to promote child rights issues, and to increase the participation of children in the decisions which affect their lives. More information on their website here.