The following worksheets and lesson plans provide a full range of activities around the main issues of the Israel Palestine Conflict.

Click on the title below to begin downloading the relevant files. 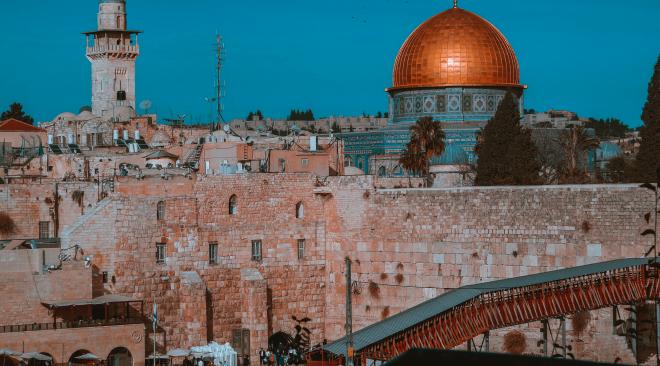 An Introduction and a history of the Israel-Palestine conflict

A quick and straightforward lesson plan for introducing the conflict, covering the key historical events and major themes of the situation.

A quiz activity, with a separate answers sheet, on the main fact and themes of the conflict.

Media and the conflict

Looking at the issues of fairness, neutrality and media coverage of Israel and Palestine.

Political cartoons and the Israel-Palestine conflict

Looking at how cartoons from different sources can portray the conflict in very different ways.

Looking at the situation of the hundreds of thousands of refugees that the conflict has generated, touching upon important issues such as the Right to Return.

A lesson plan focussed around the ethichal implications of using political violence, dealing with historical examples like the ANC in South Africa and contemporary groups like Hamas.

Looking at the arguments over the ongoing building of a wall through the West Bank, in theory to protect Israeli towns and settlements from attack at the same time dividing Palestinian communities and annexing large areas of land to effective permanent Israeli control.

What's in your shopping bag?

Activities and materials around the concept of ethical consumerism and using choice about what you buy to express your political opinions. Raises issues such as Fair Trade (with three accompanying handouts 1, 2, 3) and the contravery over settlement products.

The following material was created by Caabu working in conjunction with the Palestinian Solidarity Campaign, and is particularly suitable for use in citizenship lessons.

Looking at the idea of neutrality in the conflict, in the context of the 2009 DEC appeal for Gaza.

One of the contentious sites in the West Bank, the village of Bil'in is under threat of being cut in two by the Israeli Seperation Wall. For the past few years, it has been the site of protest by the residents which has often been met with violence from the Police. A roleplay exercise, complete with handout,  help students understand life in the village and local people's feelings on the issue.

A class debate on whether democracy requires a homogenous population or whether democracy can exist in a society of people with different culture and different ideas. As part of this, the debate brings in questions about the one state and two state solutions to the conflict.

Looking at the ethics of shopping - what you buy, who you buy from and where the money goes.

Looking at photos of the situations Palestinians encounter every day, considering the thoughts and feelings that living under occupation inspire.

Using examples from the conflict, students learn how to construct and defend an argument, and how to undertstand the arguments of others.

What are the standards that advertisements are held too? What happens when a contraversial political claim is used in something as simple as a poster by a country's tourist board?

Why were a team of Palestinian footballers denied entry to the UK? Was this fair treatment under the law, or done for political reasons? Includes handouts (1,2).

Understanding the effects of dispossion and forced homelessness on civillians.

Looking at the iconic Palestinian cartoon character Handala, created by the late Naji al-Ali, who has become a vital symbol of the Palestinian experience. Includes a handout with samples of al-Ali's political cartoons.

Looking at stories in the British Press and comparing them to reports by international NGOs, students examine the concepts of bias and neutrality in reporting. Includes a handout.

Can graffiti be a form of artistic or political expression? Includes accompanying power point starter and main exercise.

The opinions of maps

How can the presentation of maps alter our view of the world? What is the political significance of where we draw our borders?

Trading in the West Bank

What are the economic results of the occupation in the West Bank? How are settlers and local Palestinians treated differently?

Why Did Reem Not Finish School?

Using the example of a teenage girl from Gaza, the class will explore how the effects of the conflict can destroy people's lives and opportunities, while eroding their rights. Includes a handout.