Caabu was delighted to have played a role in getting signatories to this vital letter to the Times on 3 June 2020 on Yemen from former British Ministers,  senior politicians and diplomats. Yemen needs urgent assistance now including air bridges.

Sir, The catastrophe in Yemen is getting worse owing to the unchecked spread of Covid-19: the country’s shattered health service is powerless to cope without significant external support. Five years of war, disease, malnutrition and impoverishment have left the population acutely exposed. There is a desperate need for PPE, oxygen and testing equipment.

Fighting and insecurity have greatly inhibited the provision of assistance. Secure air corridors into the main airports of Sanaa, Aden and Seyoun, each controlled by different forces, are urgently needed for the provision of the emergency supplies essential to fight the pandemic. There are signs that the devastation wrought by Covid-19 may help to remove the political obstacles to the provision of aid to a very vulnerable population. We urge the British government to use its influence at the UN security council and elsewhere to promote the establishment of secure and sustainable air bridges into Yemen. 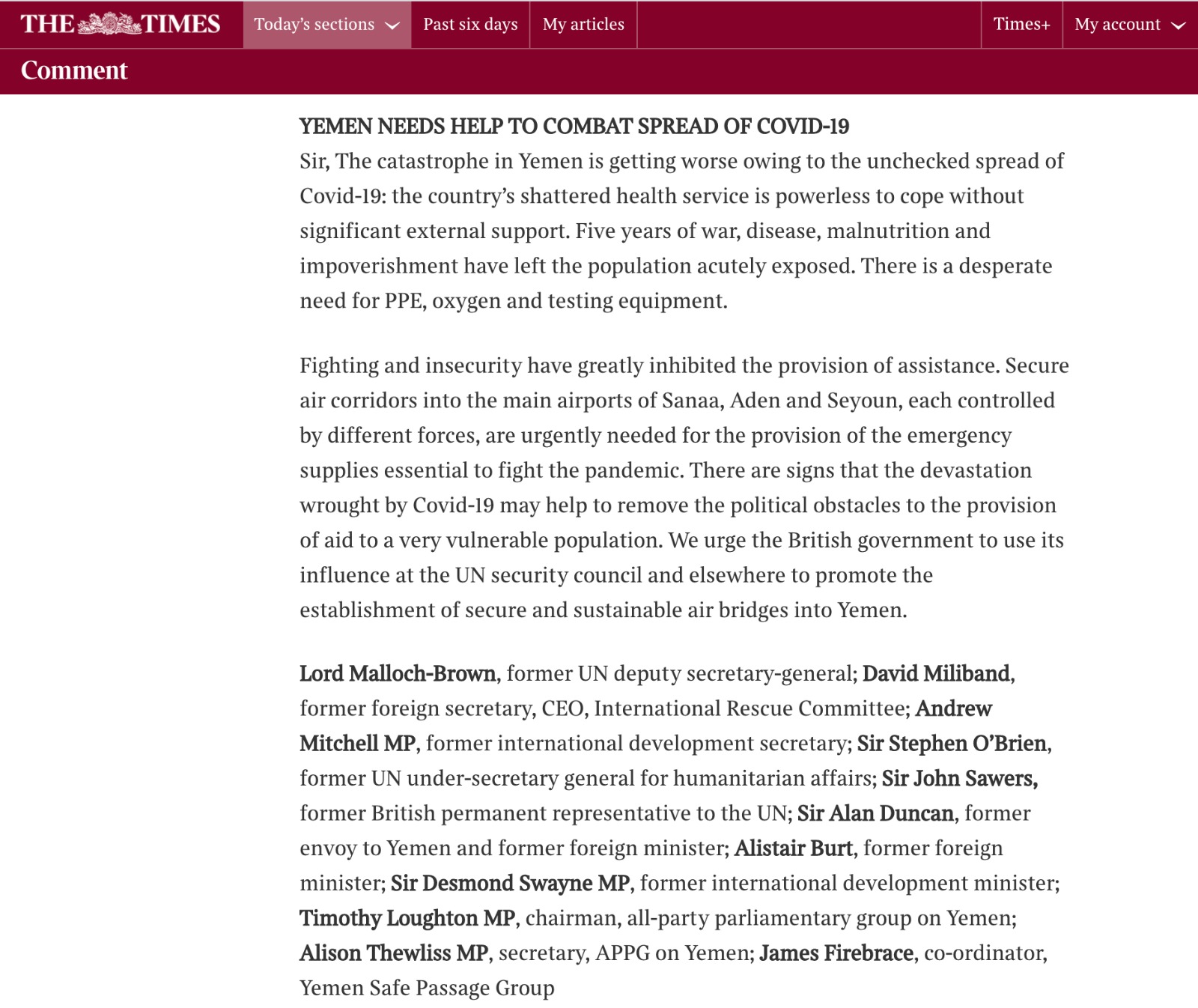