In a response to a letter to the Foreign Secretary Dominic Raab from Caabu Chair Rt Hon David Jones MP, the Foreign Office and DFID Minister responsible to the Middle East, Rt Hon James Cleverly MP has affirmed the UK Government position that Israel's annexation plans of occupied Palestinian territory is contrary to international law.

The UK is a strong supporter of international law. We repeatedly call on Israel to abide by its obligations under international law and have a regular dialogue with Israel on legal issues relating to the occupation." 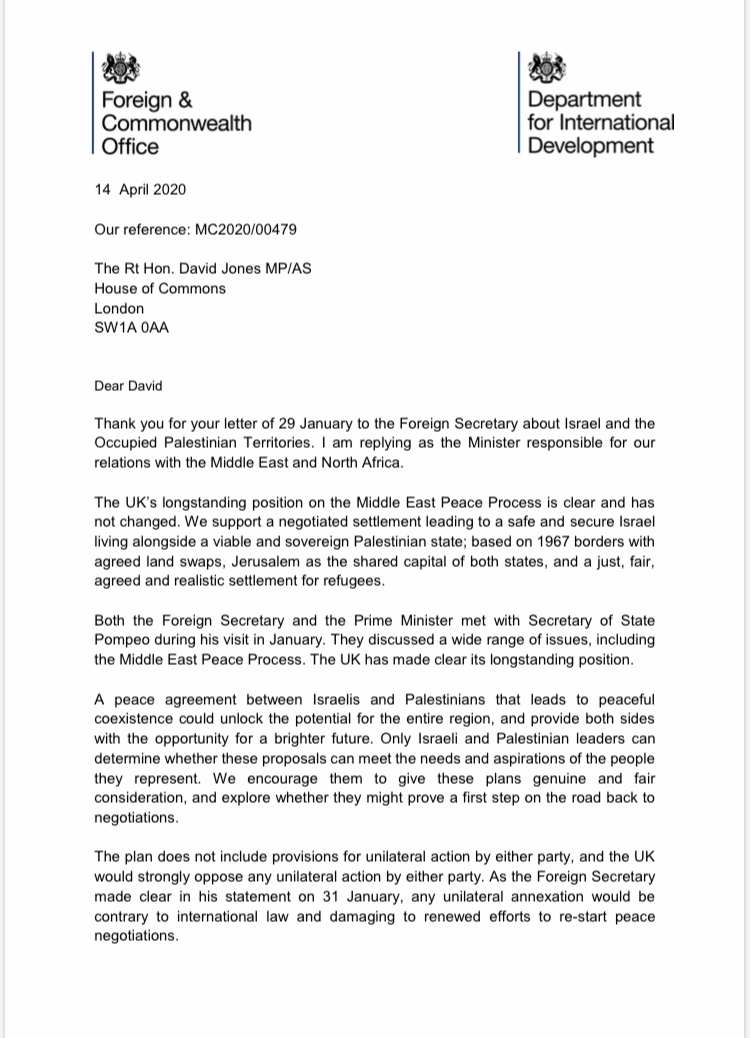 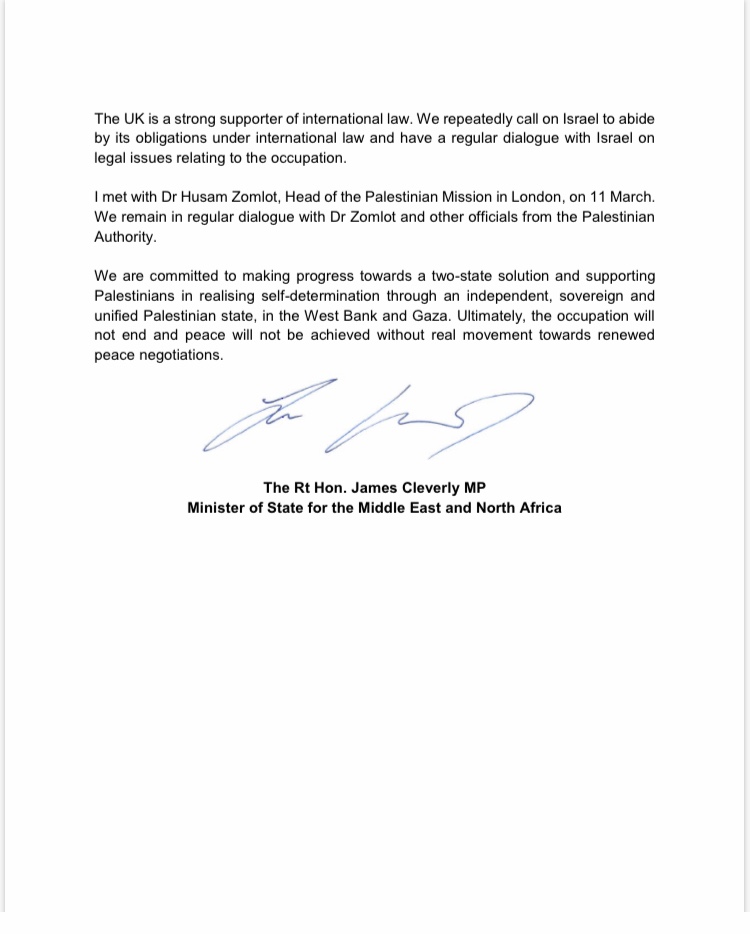