Prime Minister Boris Johnson has responded to the letter sent from 149 British politicians on 1 May 2020, to Crispin Blunt MP, demanding that the UK impose sanctions on Israel in the event of annexation of occupied Palestinian territory.

Whilst the Prime Minister confirms that the anticipated annexation of occupied Palestinian territory would be a breach of international law, his response does not make clear how Britain intends to react. Our letter was clear that the government must be prepared to take action in the event of annexation and to make this clear now.

Time is running out for a clear principled British position. 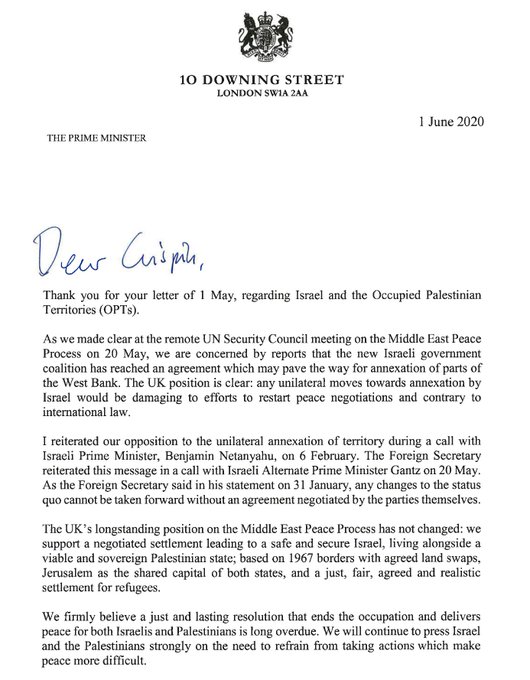 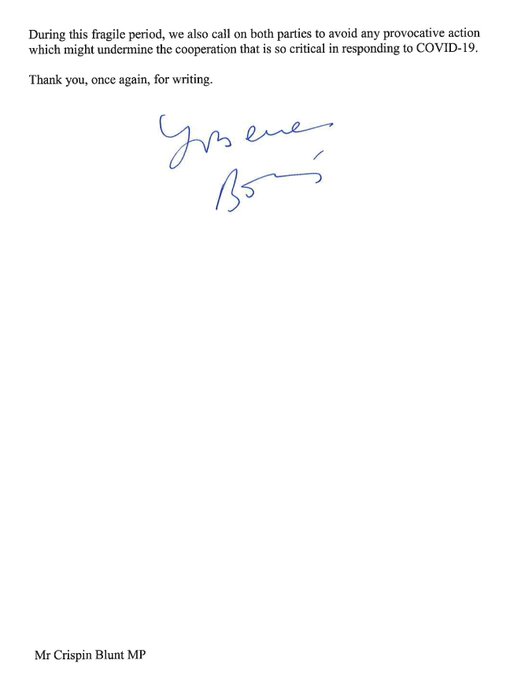