Other MPs and Lords who have asked to be identified with this letter:

A group of 10 MPs and 17 Peers including Caabu Chair, the Rt Hon David Jones MP, have written to the Foreign Secretary, Liz Truss to urge her to use "all possible means" to secure the release of Ala'a Abd el-Fattah, a British-Egyptian national held in jail in Egypt.

Ala'a Abd el-Fattah is a prominent human rights activist and political prisoner in Egypt having spent 8 out of the last 10 years in jail. He was recently given a five-year jail term for resharing a Facebook post about human rights violations in prison in Egypt. He has been on hunger strike since April and is in a critical condition.

Caabu helped securing Parliamentary support for the letter. Both David Jones and Chris Doyle met with members of the family this week and will continue to assist in their campaign to get Ala'a released. 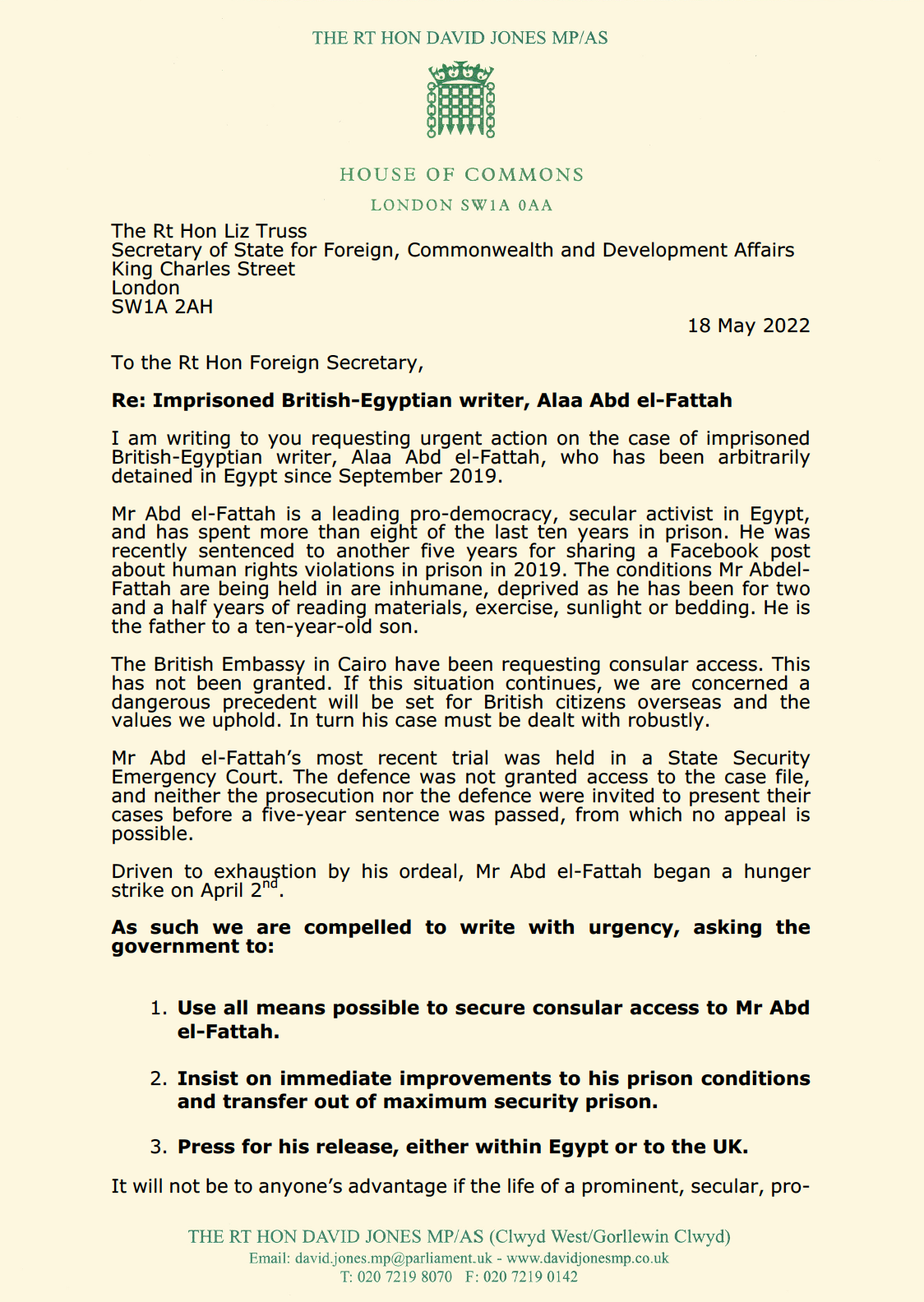 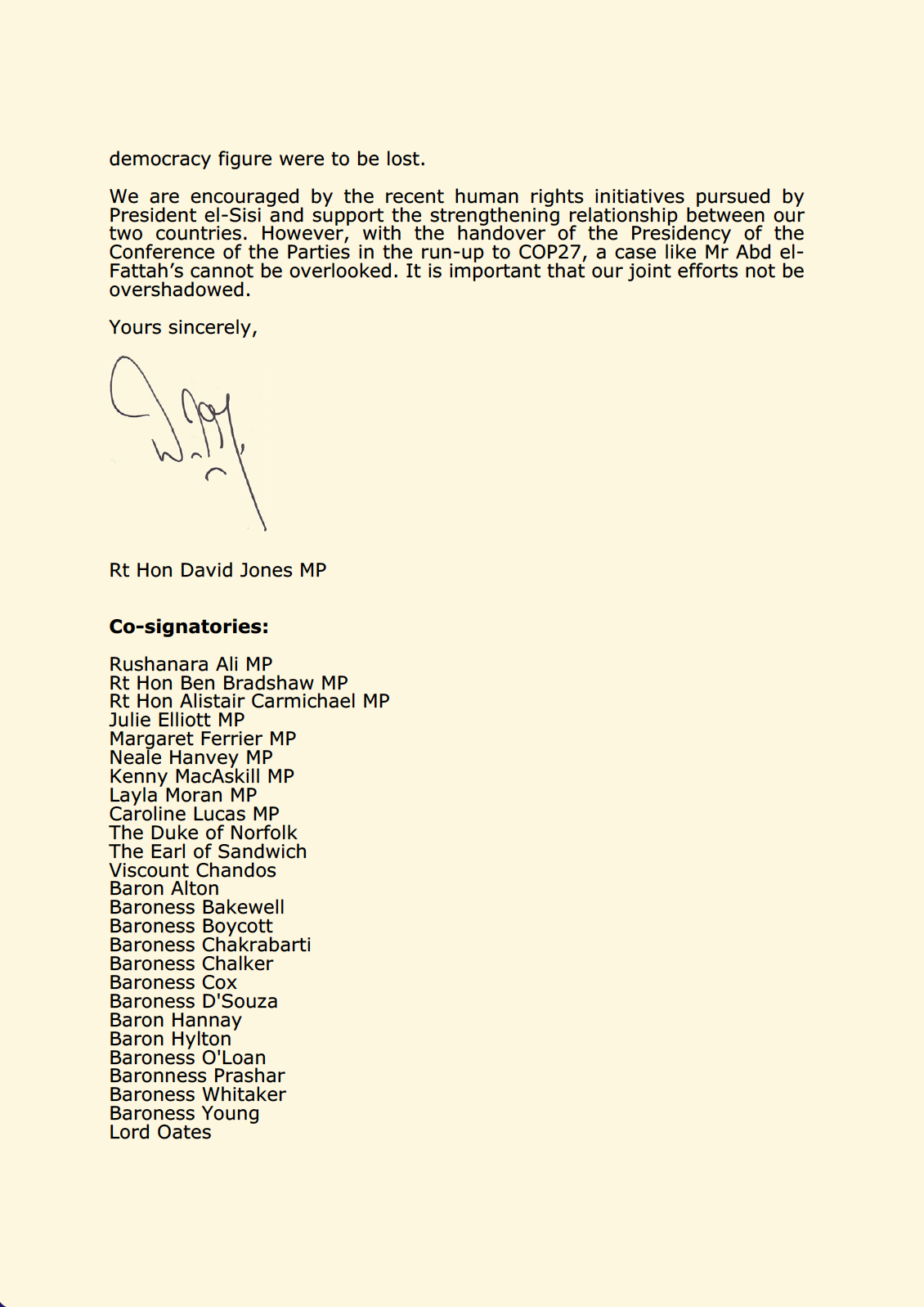