Chloe Cornish is to be congratulated for her article on the Lebanese banking crisis and its effect on Syria - yet another very informative article from her pen (“Lebanon’s financial turmoil hurts its Syrian neighbour”, Beirut Notebook, November 28).

She is wrong, however, in asserting that the Lebanese-Syrian border was part of the infamous Sykes-Picot arrangement between Britain and France. It was drawn unilaterally by the French after they used force to take control of Lebanon and Syria in 1920. They added Sunni, Shia, Druze and Orthodox Christian areas to the Maronite heartland on Mount Lebanon to create a viable, Maronite-dominated state which they hoped to isolate from the spread of Arab nationalism. It was one of the many acts by the mandatory powers that have contributed to today's instability in the Middle East. 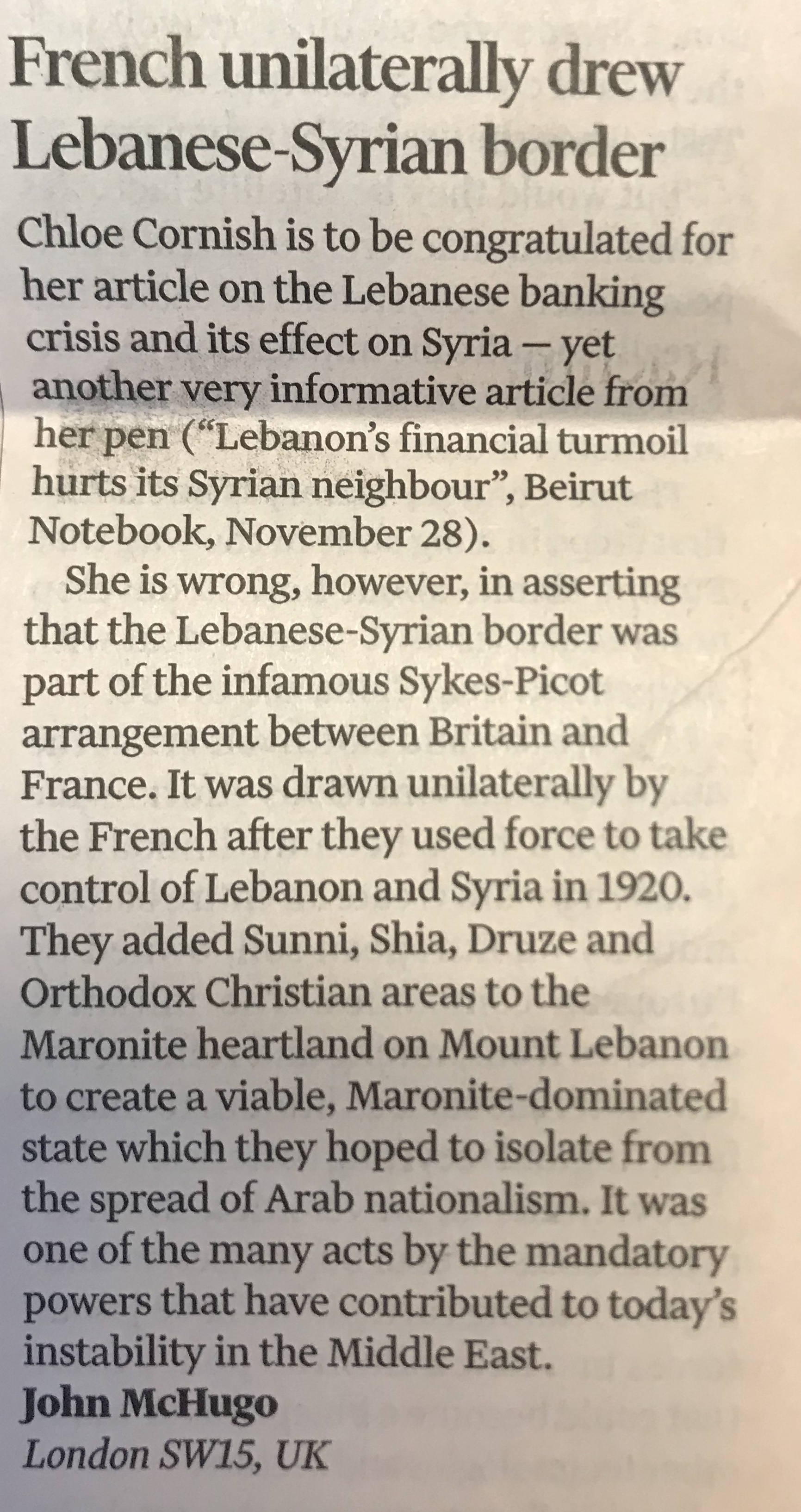